November’s poet is Greek-Egyptian poet, novelist and translator Persa Koumoutsi, who has written six novels and translated the work of, amongst others, Nobel Prize winner Naguib Mahfouz.

Persa talks to neo:writers about how experiencing the work of others can help shape your own.

Beguiling is the wind
that blows her scent to him
and spreads her night whispers.
Although at times,
at many times,  he fears
they are not addressed  to  him
nor meant nor dedicated..

Yet, he does eavesdrop them
while relishing the resonance
of their warming sound
that stirs the memory
of such embrace!

Beguiling is the distance
that separates them.
what is it? One two miles?
He treaded it so often
till it had no length no more
no entity nor essence.

Beguiling is the dream
that transports her
to his pillow
while his eyelids remain
closed
at the chance of grasping her return.

Persa Koumoutsi: novelist and literary translator, was born in Cairo, Egypt, moved to Greece following her studies at the Egyptian University of Cairo where she studied English and Arabic literature. For the first few years she taught English language and literature in higher education institutes in Greece. Ever since 1990, she has been working professionally as a literary translator, translating prose and poetry from Arabic and English into Greek and vice versa.
She has translated a significant part of the Egyptian Nobel prize winner Naguib Mahfouz, and other distinguished authors as well as poetry.
She has also worked as a publishing editor and organized literary forums and events. Among others, in 2001 she was awarded the International Cavafy Prize for translated works. She has participated in many international literary forums and writes articles and critical reviews in many newspapers and literary magazines. She is a published author; five novels of her own are published so far, while her sixth novel is under publication. Recent translation works: an anthology of modern Arabic poetry. She started writing her own poetry only recently.

SD        Hello, Persa, and welcome to the neo: blog. Wonderful to have you as this month’s featured poet.

PK        Ηello, Scott, and thank you so much for including me in this project. It is really a privilege to be able to share a place with such distinguished poets.

SD        The poem of yours we have published this month ‘Yet’ feels to me to be very contemporary and yet traditional all at once. I sense there is an urge buried inside this poem to experiment with words, but you are also influenced by traditional, possibly ancient, poetry. Does any of that resonate with you?

PK        Yes, it is true. As a writer and literary translator, I have developed a sort of tendency to experiment with words all the time.  Also being a Greek, who was brought up in the East, I have been greatly influenced by both classical and modern Greek and Arabic poetry. Especially, the Sufi poets, have a tremendous impact. My English education also played a very important role, I studied English and American poetry at the University and this intricate ad multiform background has affected my though and my writing. I feel I have taken the best elements out of all three cultures and incorporated them into my work.  It is strange but very true!

SD        The poem also feels hugely personal, l feel that is where a lot of its power comes from, the fear of losing a love to another, but we are never told if it is merely fear or something which is actually happening. How important do you feel that element of doubt is in this piece?

PK        The fear of losing oneself as a consequence of losing someone is a fearful sentiment and it is usually triggered by doubt, and it is not a matter of weakness, as some may think. One transcends himself when he truly loves another and this is definitely not consistent with weakness. On the contrary it needs a lot of courage. The fear in this poem comes from the fact that only one of the two people involved is true to his/her feelings but he/she is not certain of the other, there is also the fear of being seen as the weak one by the other part.

SD        What struck me as well about ‘Yet’ is that it depicts a huge distance between these two lovers, and yet conveys a sense of such intimacy and connection, for example “Beguiling is the wind that blows her scent to him” they are always connected and yet always apart. Do you think that is an ancient element of love stories, this idea of separated hearts that can’t truly be separated?

SD        You have of course studied English in Egypt. How important do you feel it is to pursue a higher education in writing if you want to be a writer?

PK        Higher education is always important. The more you delve into what others think and write, the more critical and demanding you become of yourself. You cannot obtain universality unless you get familiar with universal issues and how they are treated by different people in different cultures.  One must methodically discover other ‘lands’ of thought before searching for his own.

SD        Now, as well as being a poet you also work as a translator of Arabic poetry into English. How big an effect would you say the poetry you translate has on your writing? How important is it to be exposed to eclectic writings?

PK        It has an immense effect and for a writer or an artist in general, it is very important to be exposed to eclectic things. You learn from them and improve yourself. I consider myself very lucky and privileged to be able to deal and learn from others.  It is a blessing.

SD        And, has the actual process of translation affected your work or inspired any pieces?

PK        Definitely, it has both affected and inspired my work greatly. When you translate, you actually assume the role of the writer or the poet you are translating, you become his alter ego. You sort of incarnate in him / her assuming their role and sentiment. Also you are expected to deliver their work as honestly as you can and this requires a lot of work and experimentation. You sort of apprentice in each and every style, and this is a kind of perpetual training towards improvement.

SD        You’ve also translated some of the work of Naguib Mahfouz. That must have been an incredible experience. Can you tell us about it? Was it intimidating, inspiring, terrifying?

PK        All of these at once, but especially inspiring.  Digging deeper into the words and thoughts of such distinguished and universal writer is like working on a new thesis every time. Then, even without knowing it, you adopt elements that you find attracting or suited and integrate them into your work. It is the best schooling.

SD        Amazing, but you also write novels, of course. I am always interested to ask writers which came first, the poetry or the prose, and do you find the poetry creeping into your prose at time, showing its face between the commas?

PK        Poetry must always creep into prose, it must always creep into everything that is creative or artistic, and it has always crept in mine. On a deeper level, I always knew that someday I would find it urgent to express thoughts and feelings in verses, but I was not sure of the result. Lately, I find myself resorting to poetry more often, especially when I seek peace of mind.

SD        Wonderful. So are you working on any translation or collections at the moment?

PK        I have just finished translating a collection of poems, as well as my new book, that is going to be published in the Spring, and it is exactly on this sort of experience. Currently, I am working on my own new poems. Which I hope you will like.

SD        And where could we see that or more of your work / translations, Persa?

PK        I would be delighted to send them to you once they are finished, but I am afraid this time they are written in Greek.  Once they are ready, I will translate some and send them to you, Scott. All my other works are published, so I will have to send you the printed works, or the drafts via mail.

SD        Wonderful, I look forward to seeing it, and wish you ever success in the future. Persa, thank you.

PK        I thank you for this wonderful opportunity, and wish you the best of luck too. 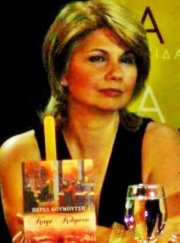 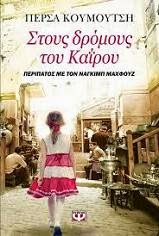 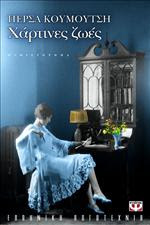 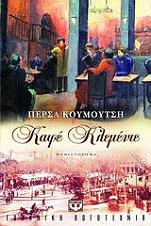 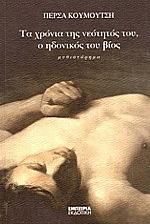